Yorkshire Terriers, affectionately known as “Yorkies,” offer big personalities in a small package. Though members of the Toy Group, they are terriers by nature and are brave, determined, investigative and energetic. Named for the English county from which they originally hail, Yorkshire Terriers were used in the nineteenth century to catch rats in clothing mills.

Surprisingly enough, in its beginnings, the Yorkie belonged to the working class, especially the weavers; in fact, facetious comments were often made about how the dogs’ fine, silky coats were the ultimate product of the looms. Eventually, the breed left the workforce and became a companion animal to families of European high society. 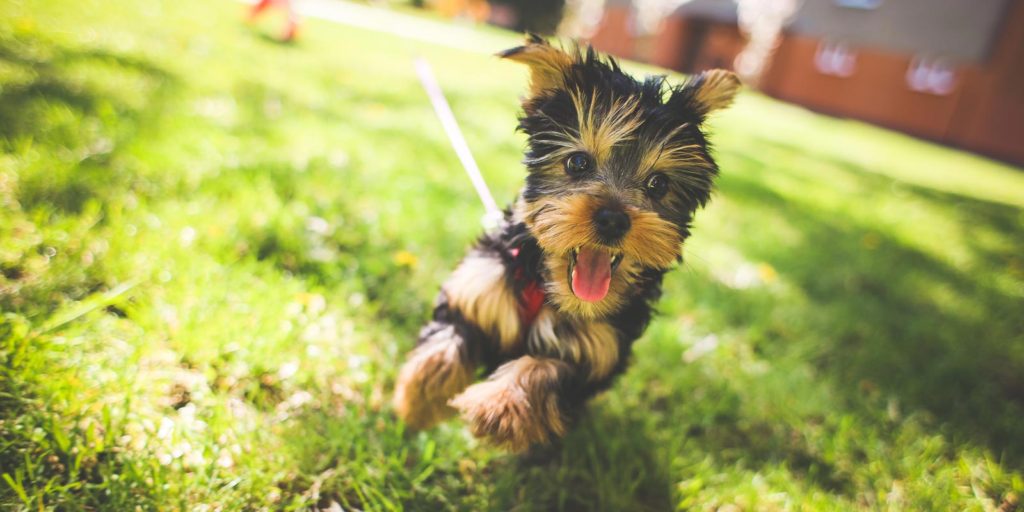 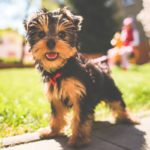 Small in size but big in personality, the Yorkshire Terrier makes a feisty but loving companion. The most popular toy dog breed in the U.S., the “Yorkie” has won many fans with his devotion to his owners, his elegant looks, and his suitability to apartment living.

As a kennel, we have bred Shelties for several years. However, for some time now we have been thinking about breeding Yorkies. We have owned several Yorkies over the years, but had never really launched out. About two years ago I ran across this beautiful little female pup. She was vivacious and full of energy. When she gets excited her whole body wags, ALONG with her tail! She is a true delight. 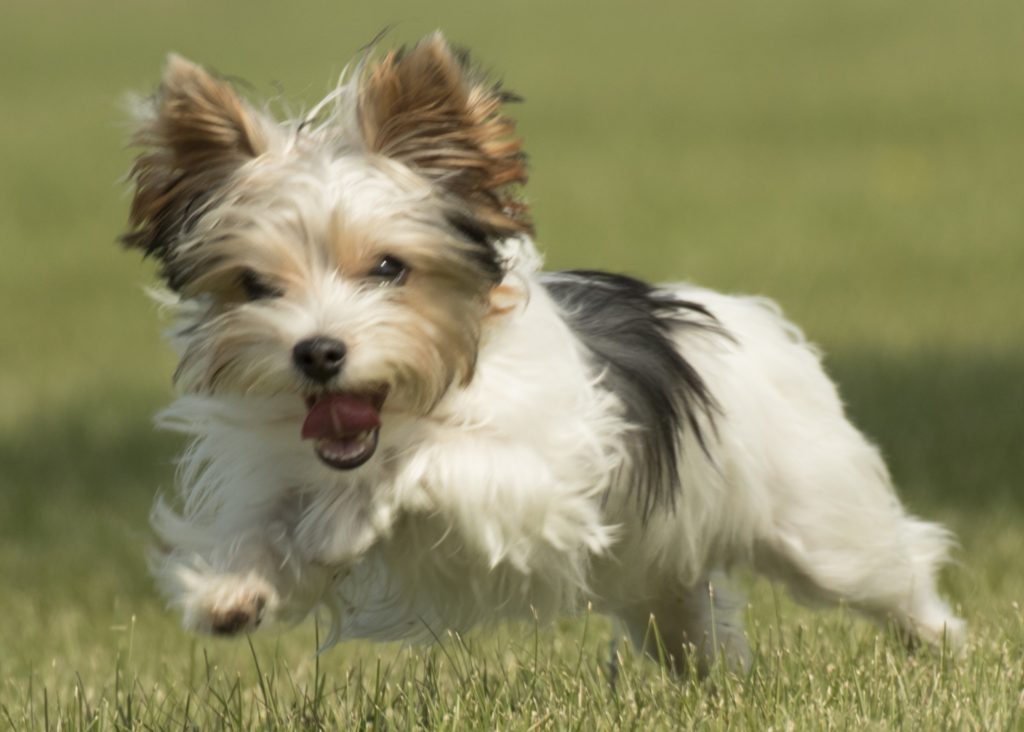 She was unique in that she was mostly white. She had red markings here and there and being a fan of the unusual and out of the ordinary, I was instantly drawn to her. After some research I realized she was a “partie” yorkie. As I am an I Love Lucy fan and with her red hair, well as they say the rest is history. Yes, her name is “Miss Lucille Ball”. And with her red hair in tow, she lives up to her name sake.

And of course, one can’t have a “Lucy” with out her “Ricky”. And yes, our little male is, Desi “Ricky” Arnaz. And you guessed it, his hair, at least as a pup was black and white, growing into a soft silver with white markings with a little black.

While Yorkies are a new breed for us to breed, we are in no way unaccustomed to the joys and work of breeding. One of the reasons I breed dogs is because it allows me to meet the most interesting and enjoyable people.

So, if you are looking for a beautiful and unique Yorkie, you need look no farther.

They do not realize how small they are. Yorkies are easily adaptable to all 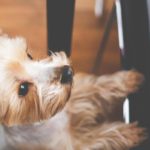 surroundings, travel well and make suitable pets for many homes. Due to their small size, they require limited exercise, but need daily interaction with their people. Without strong leadership they tend to become bossy, especially if their owners allow them to get away with naughty behaviors – like yapping and pulling – that would never be acceptable in a larger dog.